Posted on October 13, 2013 by missmollie33 | Comments Off on Oct 22nd National Day Against Police Brutality

FAMILIES FROM ALL ACROSS CALIFORNIA WILL CONVENE ON THE CALIFORNIA STATE CAPITAL ON OCTOBER 22ND FOR THE NATIONAL DAY AGAINST POLICE BRUTALITY. THE FAMILIES WITH THE SUPPORT OF THEIR COMMUNITIES WILL LOBBY THEIR LAWMAKERS OFFICES TO DEMAND ACCOUNTABILITY FOR POLICE MURDERS AND BRUTALITY AND SEEKING A NEW DAY IN LAW ENFORCEMENT.

You can join in this event by buying bus tickets for yourself/others to get on the bus from Oakland to Sacramento–the bus leaves Oscar Grant Plaza at 14th & Broadway at 8am.  The bus ticket price is approx $40/seat, however the minimum ticket price is being set at $10/seat and folks are encouraged to pay as much as they can afford so that many buses are a reality. If the $10 ticket price is an obstacle, please contact The Alan Blueford Center for Justice at 510-250-9308 (landline).  The point of the ticket sales is not to exclude anyone, it is to account for how many folks are serious about reserving a seat to get on the bus to join the coordinated struggle against police brutality.

This is a video of the an event on July 21, 2013 when over 35 families from around California gathered in Anaheim….now there are 50 families planning to gather in Sacramento.  EXPECT US!!!

Comments Off on Oct 22nd National Day Against Police Brutality

The Alan Blueford Center for Justice 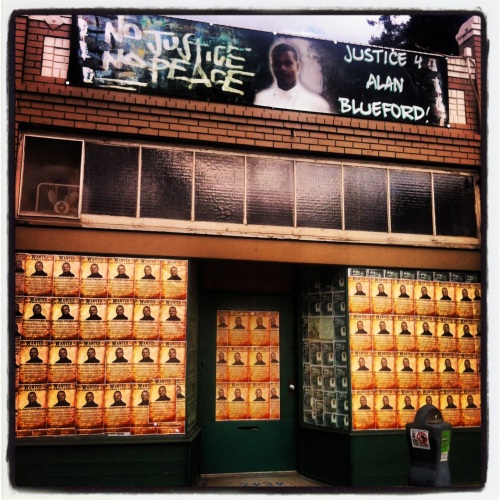 A place for healing the community located at 2434 Telegraph Ave.

We do not have regular office hours yet, but a table is usually set up out front after noon or so with a bunch of Justice 4 Alan Blueford printed materials.

Comments Off on The Alan Blueford Center for Justice

Posted on October 2, 2013 by missmollie33 in Uncategorized

JAB Stands Against the War on Syria

Professor Crystallee Crain makes the connection between police brutality & the war on Syria at an emergency demonstration held by our comrades ANSWER-SF.
(fyi, this demo was before Putin &Obama did their [anti]war-dance).

Comments Off on JAB Stands Against the War on Syria

Posted on September 15, 2013 by missmollie33 in Uncategorized 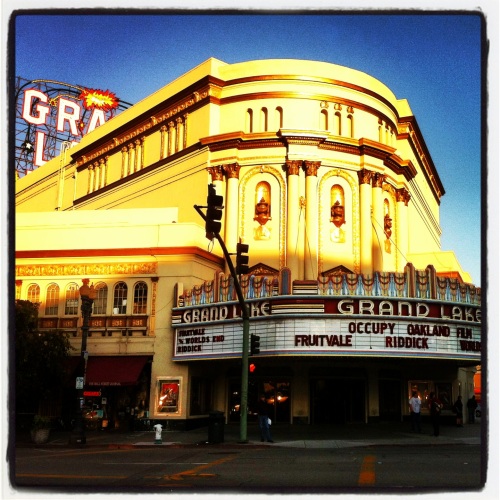 #OO The Movie This is a film in the making that highlights why the Occupy movement was different in Oakland because of Oakland’s history going back to the Black Panther Party and up to the Oscar Grant Movement.

Kevin Piña is the producer of the film which is intended to be a lasting document for the people.

This film has a very clear anti-police brutality theme. The producer’s goal is to make this a lasting documentary for classrooms, history lessons, and beyond.

At the producer’s request, the movie screening event on Sept 12th at the Grand Lake was a fundraiser for the Justice 4 Alan Blueford coalition.

Comments Off on #OO Occupy Oakland at The Grand Lake Theater!!!

Posted on September 14, 2013 by missmollie33 in Uncategorized 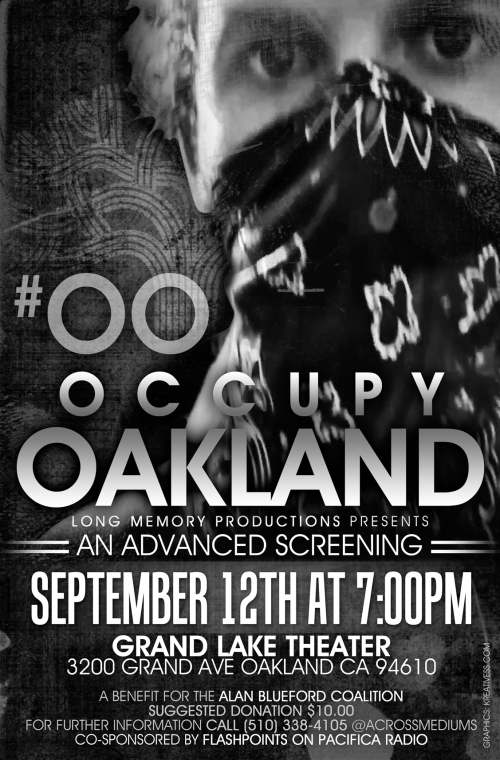 Please join Flashpoints on Pacifica Radio & Long Memory Productions in support of the Alan Blueford Coalition with an ADVANCED SCREENING of:

This is a film in the making that highlights why the Occupy movement was different in Oakland because of Oakland’s history going back to the Black Panther Party and right up to the Oscar Grant Movement.
This film has a very clear anti-police brutality theme as well as a strong Justice 4 Alan Blueford message.
The producer’s goal is to make this a lasting documentary for classrooms, history lessons, and beyond; he will be asking the community for feedback on this latest version of this very important film.

Posted on September 9, 2013 by missmollie33 in Uncategorized

Posted on August 26, 2013 by missmollie33 | Comments Off on Aug 28th–JAB in Solidarity w/Justice 4 Trayvon Martin Assembly 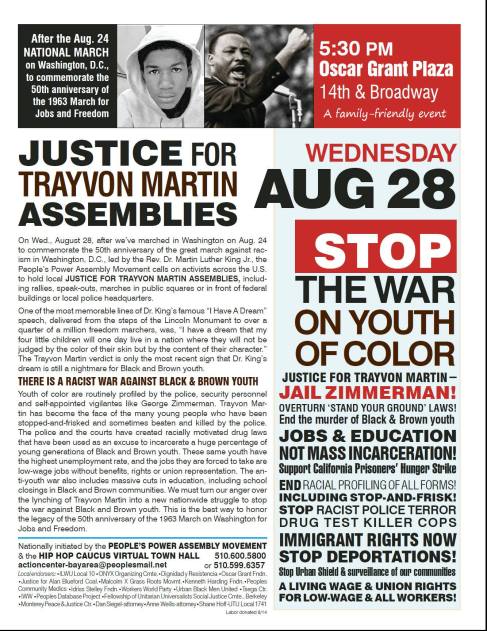 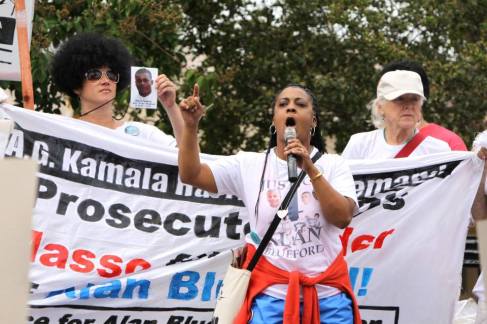 I keep thinking of the phrase, “it takes a village to raise a child”.  I met Jeralynn & Adam Blueford because they lost their precious son Alan.  After attending 1 Year After Anaheim: Statewide Mass March Against Police Brutality, I am now coming to have the thought that it also takes a village to help a family get thru the loss of a child.  This weekend in Anaheim connecting with other families who have suffered the same loss as the Bluefords, as the Grants, as the Duenez’s, as the Diaz’s….this is a list I will not attemtp to complete here, but my point is that this weekend was amazingly powerful seeing all these families from around CA uniting to form a village. And I do not mean “village” in a quaint way at all, this village is mighty because it is founded in love, the strongest weapon out there and the reason we are going get justice for these young men who have been murdered by violent racist police.  ~Mollie Costello

The next opportunity to unite with all these amazing families is in Sacramento on Oct. 22, check here for details: https://www.facebook.com/events/528949447140282/

Posted on May 19, 2013 by twothreemany | Comments Off on Tell the City Council: Stop police terrorism!

OPD is Racist and Unaccountable  –

Quan wants more academies for more police. But we don’t want to waste money training highly paid assassins and their silent accomplices. We say not a dollar more till they stop killing our children.

Comments Off on Tell the City Council: Stop police terrorism!

On the one year anniversary of Alan’s murder by OPD Officer Miguel Masso, we will honor Alan with a candlelight vigil. We will start at Sunnyside Park and walk to the site where he was murdered, at the 9200 block of Birch St. Candles will be provided.

(Please park at Sunnyside Park, not on Birch St.)

Comments Off on We Remember & Honor Alan Dwayne Blueford

Posted on April 24, 2013 by twothreemany | Comments Off on Justice for Kayla Moore!

The Justice 4 Alan Blueford Coalition stands in solidarity with the
family of Kayla Moore, who died in the custody of the Berkeley Police
on February 13th, 2013. The Blueford family and their friends know
what it is like to be kept in the dark as to what happened to a loved
one.

It has been more than two months since Kayla’s death, and the
Coroner’s report, completed within days of a death, has not been
released. It was two and half months before Oakland Police released
their ‘hold’ on the Coroner’s report in the death of Alan Blueford,
and even then the Blueford family had to pay $300 in blood money to
see the report.

It has been more than two months since Kayla’s death, and no police
report has been issued, despite the fact that all the officers
involved are back on duty. It was five months before Oakland handed
over a redacted police report to the Blueford family.

All families have a right to know what happened to their loved ones
without having the police cover up their lies and misconduct by
witholding information, as was the case with Alan Blueford and now is
the case with Kayla Moore.

Comments Off on Justice for Kayla Moore!